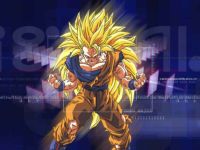 In the Philippines, Catch Me… I’m In Love remains the number one movie, raking in P89.73 million in less than two weeks. It has warded off threats so far from big Hollywood films like Sucker Punch, Justin Bieber’s Never Say Never, Hop and Source Code.

Catch Me… I’m In Love has already surpassed the final grosses of the separate movies of Sarah and Gerald in 2010: Paano na Kaya (“How Then?”; Gerald and Kim Chiu) earned P82.02 million while Till My Heartaches End grossed P60.48 million; Hating Kapatid (Sarah and Judy Ann Santos) made P81.98 million.

The movie, which is a modern take on a Cinderella story, revolves around the unlikely romance between a social worker played by Sarah and the spoiled, mysterious playboy and only son of the country’s president played by Gerald. Joining them are Christopher de Leon, Dawn Zulueta, Joey Marquez, Ketsup Eusebio, Arlene Muhlach, Sam Pinto, Janus del Prado and up-and-coming teen idol Matteo Guidicelli, among others. At the helm is Mae Czarina Cruz, the director behind the 2010 box-office hit Babe, I Love You (Sam Milby-Anne Curtis), and the wildly popular TFC teleseryes Maging Sino Ka Man (Whoever You May Be) and Magkaribal (Rivals).

Raymond Lo, U.S. correspondent for the widely read Philippine Star said, “Catch Me… I’m In Love is thoroughly entertaining and watching it has got me thinking that Sarah Geronimo is to today’s Philippine cinema what Sharon Cuneta and Maricel Soriano were in their prime. In Catch Me… I’m In Love, Sarah proves that she is an endearing and credible heroine. I am tempted to say that Philippine cinema has found its new queen!”

“For the past years, the most number of theaters we’ve had to screen a Filipino film is 11. This is the first time we’ve done 14. The record success of Catch Me… I’m In Love is a testament to the growing patronage for Philippine-made and Filipino language films in the U.S. While film analysts are lamenting the general downturn in audience appreciation of foreign language films in America, in contrast, here is the Filipino community in the U.S. showing a robust appreciation for films from their homeland. We at ABS-CBN hope to continue being the catalyst for Filipino film growth here,” said Kerwin Du, ABS-CBN International’s head of theatricals.

Catch Me… I’m In Love can be seen in the following theaters and cities: